‘Parting is such sweet sorrow’: EU and UK clinch narrow Brexit accord 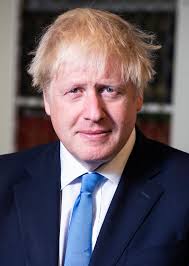 Britain clinched a narrow Brexit trade deal with the European Union on Thursday, just seven days before it exits one of the world’s biggest trading blocs in its most significant global shift since the loss of empire.

The deal, agreed more than four years after Britain voted to leave the bloc by a slim margin, offers a way out of a chaotic finale to a divorce that has shaken the 70-year project to forge European unity from the ruins of World War Two.

It will preserve Britain’s zero-tariff and zero-quota access to the bloc’s single market of 450 million consumers, but will not prevent economic pain and disruption for the United Kingdom or for EU member states.

Many aspects of Britain’s future relationship with the EU remain to be hammered out, possibly over years.

“We have taken back control of our destiny,” British Prime Minister Boris Johnson told reporters after tweeting a picture of himself raising both arms in a thumbs-up gesture of triumph.

“People said it was impossible, but we have taken back control.”

The UK formally left the EU on Jan. 31 but has since been in a transition period under which rules on trade, travel and business remained unchanged until the end of this year.

Johnson, the face of the pro-Brexit campaign, had said that since 52% had voted to leave the EU, he did not want to accept the rules of its single market or its customs union after Jan. 1.

The EU did not want to give unfettered privileges to a freewheeling, deregulated British economy outside the bloc, and so potentially encourage others to leave – resulting in a tortuous negotiation.

“It was a long and winding road,” European Commission President Ursula von der Leyen told reporters, quoting the Paul McCartney song. “But we have got a good deal to show for it… Finally we can leave Brexit behind us and look to the future. Europe is now moving on.”

Johnson described the last-minute agreement as a “jumbo” free trade deal along the lines of that done between the European Union and Canada, and urged Britain to move on from the divisions caused by the 2016 Brexit referendum.

The deal will also support the peace in Northern Ireland – a priority for U.S. President-elect Joe Biden, who had warned Johnson that he must uphold the 1998 Good Friday Agreement.

EU member Ireland said the deal, which the Commission website said would be published soon, protected its interests as well as could possibly have been hoped.

But it left much of the detail still to be worked out.

The trade pact will not cover services, which make up 80% of the British economy, including a banking industry that positions London as the only financial capital to rival New York.

Access to the EU market for UK-based banks, insurers and asset managers will become patchy at best.

Johnson said the deal did not contain as much as he would have liked on regulatory equivalence for financial services, but still contained some “good language”.

JPMorgan said the EU had secured a deal that allowed it retain nearly all of its advantages from trade with the UK but with the ability to use regulations to “cherry pick” among sectors where the UK had advantages – such as services.

“The unity and strength of Europe paid off,” French President Emmanuel Macron said. “The agreement with the United Kingdom is essential to protect our citizens, our fishermen, our producers. We will make sure that this is the case.”

Brexit campaigner Nigel Farage said the deal would keep the UK far too closely aligned with the EU, adding that he hoped this would be the beginning of the end of the bloc.

Even with a deal, goods trade will have more rules, more red tape and more cost. There will be some disruption at ports. Everything from food safety regulation and exporting rules to product certification will change.

Much of the detail has yet to worked out. A U.S. State Department official welcomed the agreement and said Washington wanted good relations with Britain and the EU, while adding:

“We leave it to the UK and EU to negotiate a post-Brexit trade deal that is mutually agreeable and beneficial to both parties.”

When the UK shocked the world by voting to leave the EU, many in Europe hoped that it could stay closely aligned. Von der Leyen, quoting Shakespeare, said that “parting is such sweet sorrow”.

The EU loses its principal military and intelligence power, 15% of GDP, one of the world’s top two financial capitals and a champion of free markets that had acted as an important check on the ambitions of Germany and France.

Without the collective might of the EU, the United Kingdom will stand largely alone – and much more reliant on the United States – when negotiating with China, Russia and India. It will have more autonomy but be poorer, at least in the short term.

The Bank of England has said that, even with a trade deal, Britain’s gross domestic product is likely to suffer a 1% hit from Brexit in the first quarter of 2021. And Britain’s budget forecasters have said the economy will be 4% smaller over 15 years than it would have been if Britain had stayed in the bloc.

British businesses, among the world’s worst hit by the coronavirus, were downbeat.

“After four long years of uncertainty and upheaval, and just days before the end of transition, businesses will be able to muster little more than a muted and weary cheer,” Adam Marshall, Director General of the British Chambers of Commerce, said.

The UK, which imports about $107 billion more a year from the EU than it exports there, had bickered until the end over fish – a totemic issue, but worth less than 0.1% of GDP.

“Coming so late in the day, it is vital that both sides take instant steps to keep trade moving and services flowing.”

The deal governing post-Brexit trade needs the approval of both European Parliament and the EU’s 27 member states. Ambassadors from EU countries will meet on Dec. 25 to start reviewing the deal. The European Parliament said on Thursday it would analyse the deal in detail before deciding whether to approve the agreement in the new year.

The British parliament, as divided as the country over Brexit, will debate and vote on the deal on Dec. 30, just one day before the transition period lapses.