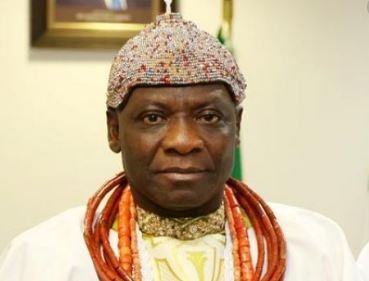 Barely a week after the celebration of the fifth year anniversary of his coronation as the paramount ruler of Warri Kingdom, the Olu of Warri, Ogiame Ikenwoli Godfrey Emiko, on Monday, died of suspected complications from Coronavirus infection.

Reports indicate that the late monarch met with the late Major General John Irefin, who died earlier this month from COVID-19 complications.

Though none of the palace chiefs contacted was willing to confirm or deny the news, sources told Fedredsnews that the announcement of the death of any Itshekiri king has to follow the age-long tradition of the people.

“The palace will formally make a statement on this question at the appropriate time. All that you hear in the news, for now, are just rumours, a palace source, who preferred not to be named told Fedredsnews.