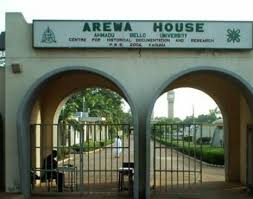 A security summit, organised by the Coalition for Northern Groups (CNG) at Arewa House, Kaduna, was on Monday invaded by weapons-wielding youths who attacked and chased invited dignitaries out of the hall.

This was disclosed by one of the resource persons at the summit, Dr Yahuza Getso during an interview on BBC Hausa service.

According to him, the summit was already underway and guests were all seated when the thugs suddenly descended on dignitaries.

According to him, “there were religious leaders, traditional rulers, right activists and  security agents from the 19 Northern states.” “The objective of the gathering was to deliberate on the unending security problem in the North…which is disturbing the region and to proffer solutions ….”

“While we were about starting the summit, after the prayer session..the youth, young boys invaded the venue wielding sticks, swords and other dangerous weapons. They started breaking windows at the Arewa House auditorium where we were seated. “They started hitting at the people, important dignitaries started fleeing through the windows.”

“Windows were broken to enable very important people to escape…doors were forcefully created so as to have more passages and escape routes.”

When asked if the CNG sought for permission from the authorities or from the state government before embarking on the summit, Dr Getso said the representative of the police was there and he witnessed the attack.

“The representative of the SS was there. He was there during the attack. If they were not informed, they would not be there. They were notified, that’s why they were there .”

“The thugs came in a violent manner, they smashed some vehicles. There was no way we could’ve asked them who sent them.”

“But when some brave ones amongst us dared them and confronted them, they ran away and crossed over the main road.” “We thank Almighty Allah, amongst them we can identify some. The person that led them, he was identified. Arewa House security officers were able to arrest him and handed him over to the police. ”

“The police came with 3 trucks full of their operatives after people have dispersed. They went away with that person.” He said they were not deterred by what happened as it had emboldened them to do more, for the benefit of the larger society.