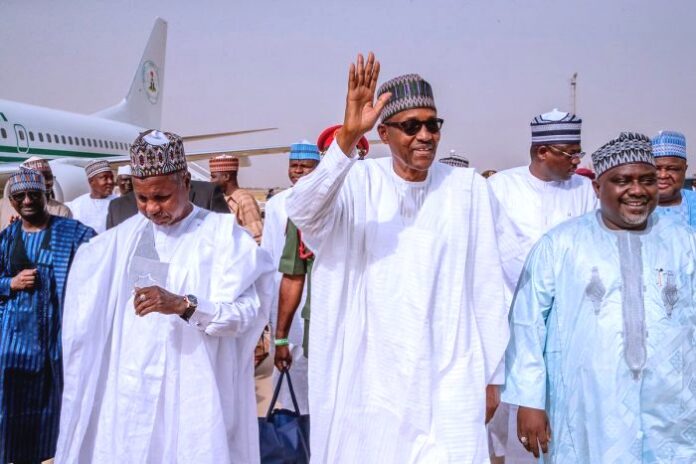 President Muhammadu Buhari on Friday arrived Daura, Katsina State for a week-long private visit, thus moving the seat of power from Abuja to the rustic community, albeit, temporarily.

This was revealed by a presidential aide, Bashir Ahmad on his Twitter handle, @BashirAhmaad.,

The presidential aircraft carrying the president and some members of his entourage landed at Umaru Musa Yar’adua Airport, Katsina at about 4.30 p.m.

The Nigerian Air Force helicopter, NAF-540, transported the president to Daura from Katsina Airport at 4.55 p.m.

Buhari last visited his countryhome on December 2, 2019, when he inaugurated construction work on the N18 billion University of Transportation, Daura.

The president, who is expected back in Abuja on December 18, might entertain both official and private engagements, including visits to his farm, during his one-week stay in Daura.