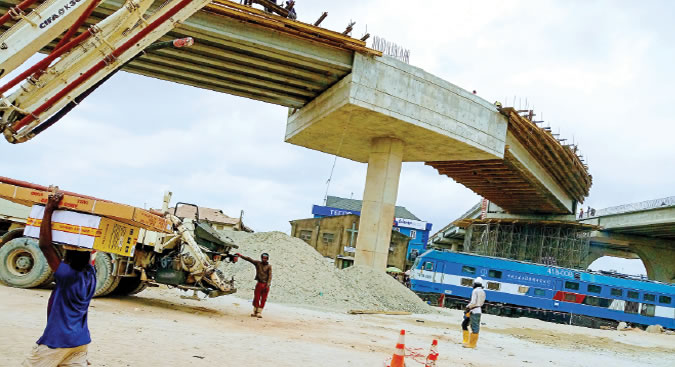 The governor gave this assurance when he visited the site of the project on Wednesday.

He revealed that more than 90 per cent of the project status, including the civil works, had been achieved.

In a statement by his Chief Press Secretary, Gboyega Akosile, Sanwo-Olu was quoted as saying, “We have just finished an inspection and a walk-through of the Agege Pen Cinema Bridge. The level of completion of the project is around 90 per cent. All the major brickwork has been done and we are left with two major deliverables, which include cleaning up the intersection and signalisation.”

“There are four synchronised signalisation we are expecting to have and each must work together with the other. We are expecting that all these will be done early next year. This is in fulfillment of the promise we made that we will complete all projects abandoned. We are giving the contractor handling this project a maximum of eight weeks to attend to little snags in the project.

“By the second week in January, vehicles can move on the bridge but we may need additional four weeks to complete the signalisation, road painting, and demarcation. We are looking forward to fully hand over this project sometime in February next year,” the governor added.

The overpass ascends from Oba Ogunji Road and drops at Oke Koto axis of Agege. The bridge also opens to the old Lagos-Abeokuta Expressway through Abule Egba.