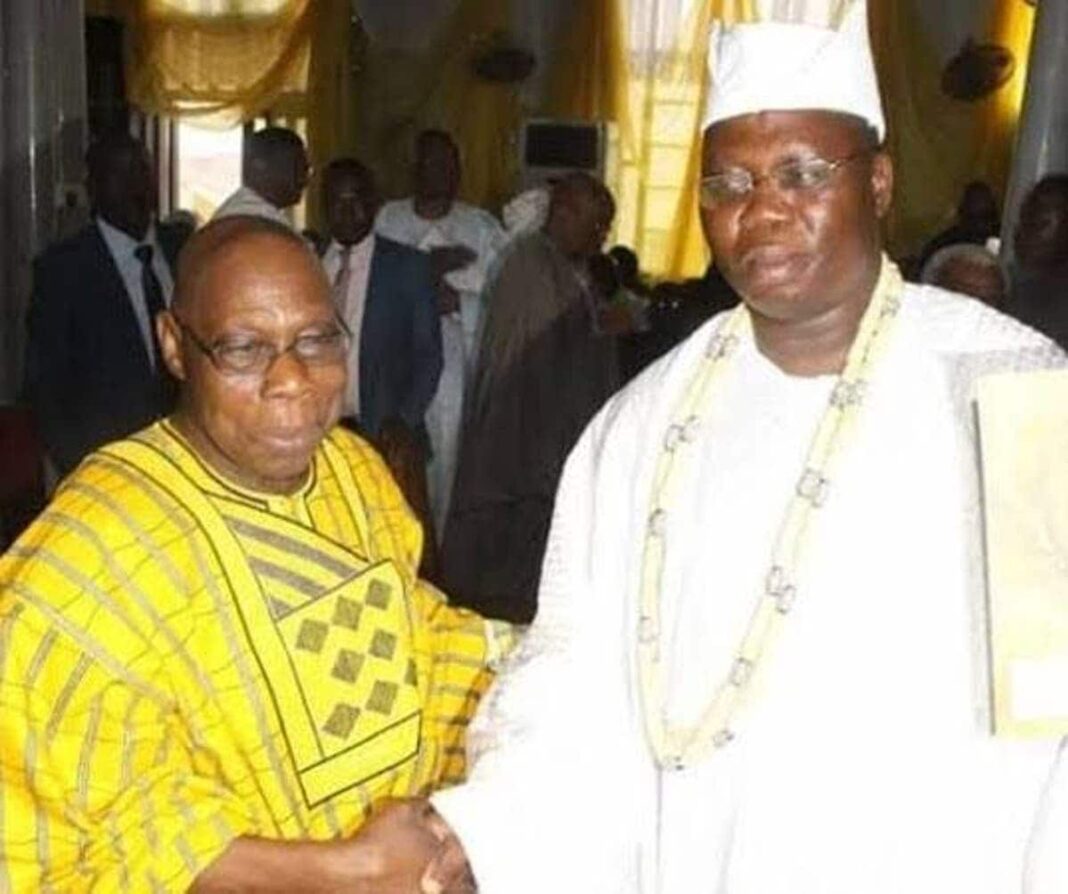 Iba Gani Adams, while reacting to the statement made last week by Obasanjo, said he had earlier refrained to reply the statement, which, according to him, was weighty, but decided to clear the air on the aspersions the ex President cast on him.

“In truth, baba Obasanjo was aware of the meeting held at the Lekki residence of the Afenifere leader, Pa Ayo Adebanjo. He personally signified interest in the meeting, that was why he travelled for over six hours from Abeokuta to Lekki.

“But, for him to have said he was not aware of the meeting was a huge misinterpretation of all that transpired between us”

I have never in my life requested to visit baba Obasanjo, whether while he was in office or after. So, I need to clear all these not because of today, but for future references.

“By virtue of my position now as the Aare Onakakanfo of Yorubaland, and also as somebody coming from a humbled beginning, what have I done to deserve such an assault from a former president that had a hand in my arrest and and detention,which to me was unjust and uncalled for. And to crown it all,on the two occasions of my travails with Obasanjo-led government, I was discharged and acquitted. So what else does the old man want from me that made him said in the statement that my past ways of life was not in accord with his principles and standard? Adams queried.

I represent the progressive minded people and the ex-president is well known for his conservative ideas, so there is no way we can share the same ideology, and I think that is where the ex president missed it.

“As far as I am concerned, I can never go to his house or reconcile with him and I am sure if I do, my guarding angel will never forgive me for that”

The Yoruba leader, however, said there is need for the Federal Government to restructure this country. He also pointed out that restructuring remains the best option, arguing that the 1963 republican constitution where the six geo political zones can develop across the regions remain the best option.

Adams, lamented the spate of insecurity across the country, pointing out that Nigeria Police is overwhelmed with the security challenges, saying there’s need to have both state, local,and regional police to cater to the needs of over 200 million Nigerians spreading across the country.

“FG needs to rejig the police, and other security architecture. There is a need to move on and finetune the police as it is done in saner climes” Adams said.