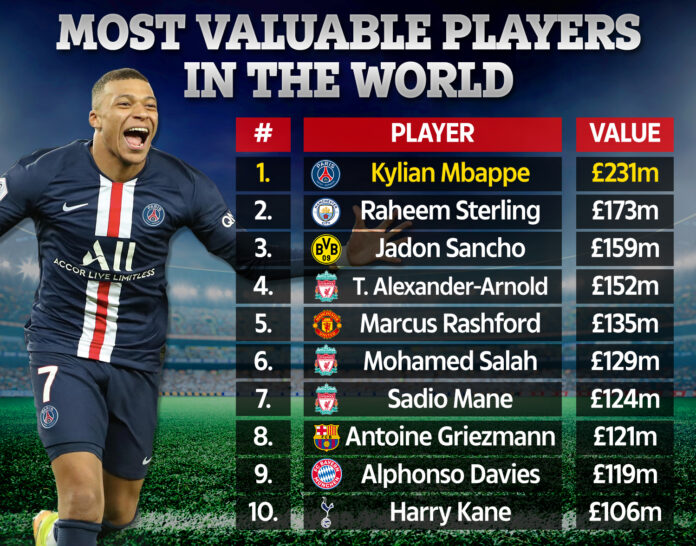 PARIS-SAINT GERMAIN will have to sell Kylian Mbappe if they bow to Neymar’s pleas and sign Lionel Messi.

PSG’s Brazilian was in high spirits after he scored twice in his side’s 3-1 win away at Manchester United in the Champions League on Wednesday.

And speaking post-match presser, the 28-year-old admitted he wants to play in the same team as Messi again.

That sparked rumours of a reunion in the French capital after the pair spent a trophy-laden four-year spell together at the Nou Camp, forming two-thirds of the famous ‘MSN’ trio alongside Luiz Suarez.

Neymar said: “I want to play with Messi again.

“What I want most of all is to play with Messi again, to be able to enjoy him once again on the pitch.

“I’m sure that next year, we have to do it again.”

But that statement has seemingly pushed Mbappe close to Real Madrid, according to AS.

PSG would be forced to cash in on the French forward should they sign Messi due to financial fair play rules.

The Argentinian is out of contract at Naymar’s old club Barcelona at the end of the season, with Manchester City and PSG believed to be frontrunners.

Madrid have been desperate to sign Mbappe for years, but have so far been priced out of a deal.

Liverpool are also keen, but Mbappe has already spoken of his admiration for Zinedine Zidane and is believed to have his heart set on the Bernabeu.

The PSG ace grew up with posters of Galacticos such as Cristiano Ronaldo on his wall.

Mbappe once admitted: “If you’re a boy and you’re French, your idol is Zidane.”

Zidane reciprocated, himself saying: “You know that I have known [Mbappe] for a long time.

“I am already in love with him, firstly as a person, because he came to do a trial here a long time ago.”

The striker’s contract at the Parc des Princes expires at the end of the 2021-22 season.

And there is no indication as yet that the 21-year-old is close to agreeing a new deal.