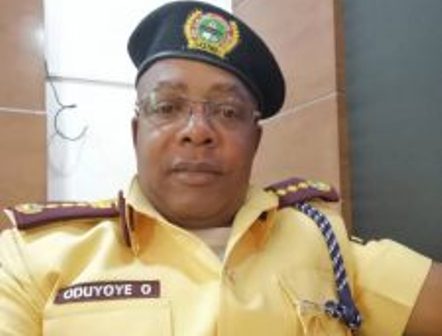 The General Manager of the Lagos State Traffic Management Authority (LASTMA), Mr Olajide Oduyoye, on Wednesday said the sum of N52,000 which was illegally extorted from a female motorist by police officers attached to the patrol team of the traffic agency has been returned to the victim.

Oduyoye disclosed this on the agency’s twitter handle @gm_lastma Wednesday.

He said: “On Monday, I investigated a case of extortion involving a lady whose vehicle was arrested wrongfully when the police squad attached to the LASTMA Enforcement Unit went to enforce the law on one-way driving without LASTMA personnel.

“While making arrests, this innocent motorist was also picked up and her vehicle brought to the headquarters. The vehicle was not booked for any offence. They negotiated from N150, 000 and ended up fining her N52, 000 using a POS for payment,” he said.

According to him, the victim was extorted and reported the matter to the agency through the contact line.

The LASTMA boss said after a thorough investigation, the woman was discovered to have been wrongfully arrested and fined.

The woman was contacted and her money was returned.

Oduyoye said: “She then called the LASTMA contact number and the incident was brought to my notice. I insisted on investigating the issue, identified the officer involved and the money was retrieved.

“We called the lady to return to LASTMA Headquarters to collect her money. She came with her mum and they were extremely grateful.”

He said a report will be sent to the Police formation for them to start the process of reprimanding the officer involved.

The LASTMA boss warned that the agency will not tolerate any negative attitude from its men or officers attached to any of the enforcement units.

He enjoined road users to send reports of any errant officer via any of our complaint channels.

He also warned the public to avoid bribing LASTMA officials when apprehended.

“When it comes to bribing, there is a responsibility on those giving it as well as those taking it. When you ask an officer who collected bribe why he did, he most likely will say the offender pleaded with various reasons. Both are guilty,” he said.

Oduyoye in another tweet explained the challenges of enforcing traffic laws on the commercial bus operators otherwise called Danfo drivers.

According to him, the Danfo drivers do recruit hoodlums to attack LASTMA officials when arrested for a traffic offence.

He said: “The case is that Danfo drivers are far more dangerous to arrest than private vehicles. It is not a case of compromise. When officers seem to relate with them, it is because most times you have to come to their level to be able to control them to a certain extent.

“Many times, you need about four officers to arrest a single danfo driver due to their nature. So, how many officers would be needed to really arrest many of them at the same time? We do arrest them and you will find those buses in our yards but many times, they pay hoodlums to attack officers in retaliation. It’s really difficult.

“Our officers work in shifts from early morning till around 8/9pm. However, without security and protection, they have to leave. We are afraid of everyone including private vehicles that over-speed often at late nights. We do have a team that works overnight as well.

“Traffic Management is not that easy in this part of the world. Even in advanced countries, offenders are ticketed. Nobody stands somewhere to stop you from committing an offence. There are signs everywhere to guide you.”