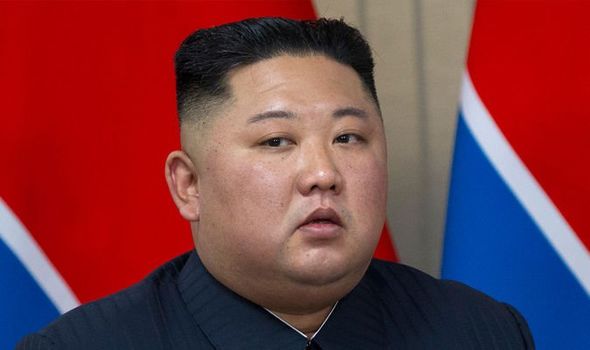 KIM Jong-un has secretly been given a protective coronavirus jab from China as he’s terrified of dying from the bug, it’s been revealed.

The North Korean leader and “multiple other high-ranking officials within the Kim family and leadership network” have also been vaccinated, say national security experts.

A report by 1945 says the vaccines were supplied by allies, the Chinese government, according to two Japanese intelligence sources.

The tyrant, close allies and family members were given the jab “within the last two to three weeks”, the sources added.

It has helped sustain Kim’s regime, and has opposed harsh international sanctions in the hope of avoiding regime collapse and a refugee influx across their 870-mile border.

The secret jabs come while Covid victims are starving to death after being abandoned in secret quarantine camps in the rogue regime.

Coronavirus “quarantine camps” have been purpose-built to house patients in cities near the Chinese border, sources have told Tim Peters, a Christian activist who runs Seoul-based Helping Hands Korea.

But, he said that those isolated in the camps are not receiving proper medical help, and are cruelly being left to starve to death.

Ha Tae-keung, a member of the parliamentary intelligence committee, said Kim had taken “unreasonable” actions due to Covid-19 “paranoia”.

Kim fears that seawater might have been contaminated with the virus.

As a result, some 110,000 tonnes of rice from China were left stranded in the northeastern Chinese port of Dalian.

“He has been expressing emotional excess, anger and signs of stress, and increasingly giving unreasonable orders,” Ha told reporters.

That revelation came after Microsoft said early November that hackers working for the Russian and North Korean governments have tried to break into the networks of seven pharmaceutical companies and vaccine researchers in Canada, France, India, South Korea and the US.

And, hackers suspected to be from North Korea targeted coronavirus vaccine maker AstraZeneca with bogus WhatsApp and LinkedIn messages, according to another report.

Sources told Reuters that cyber crooks from the rogue nation targeted the British pharmaceutical giant as it races to deploy a jab for Covid-19.

AstraZeneca has partnered with Oxford University to produce a much-needed vaccine.

According to Reuters, the hackers posed as recruiters on networking site Linkedin and WhatsApp and approached AstraZeneca staff with fake job offers.