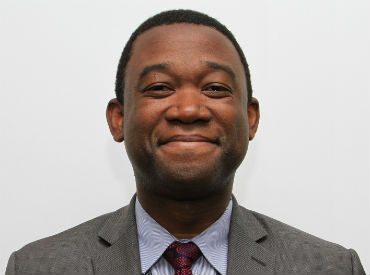 President-elect, Joe Biden has nominated a 39-year old, Nigerian-born, American diplomat, Adewale ‘Wally’ Adeyemo, as the United States Secretary of the Treasury. He will be succeeding Justin Muzinich, whose tenure will end as soon as President Donald Trump vacates the White House.

The position of Deputy Treasury Secretary is equivalent to Deputy Minister of Finance in Nigeria.

Adeyemo will work with the former Federal Reserve Chair, Janet Yellen, who has been nominated as the next US Secretary of Treasury.

Born in 1981 in Nigeria, Adeyemo is the first president of the Obama Foundation. During the presidency of Obama, Adeyemo served as the Deputy National Security Adviser for International Economica from 2015 to 2016 and Deputy Director of the National Economic Council.

Adeyemo was raised in Los Angeles, California. He earned a Bachelor of Arts from the University of California, Berkeley and Juris Doctor from Yale Law School.

When appointed, the 39 years old Nigerian would have occupied the highest level a Nigerian-American has reached in the USA Government in the 244 years history of the United States of America.