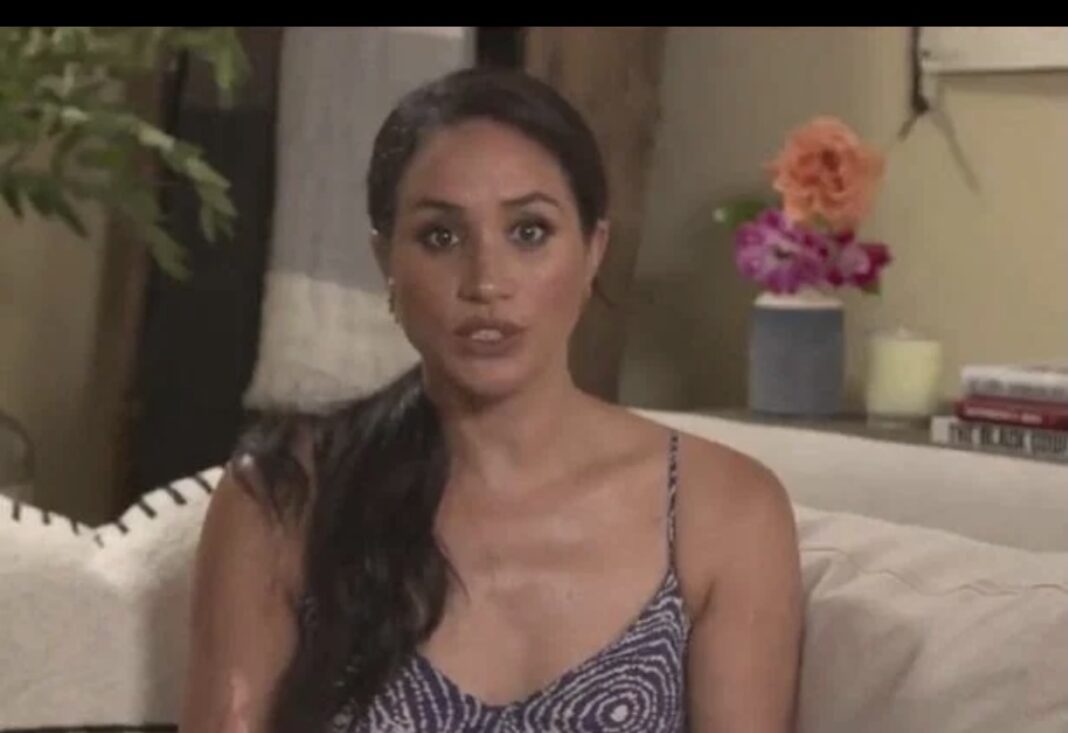 Meghan Markle has revealed she suffered a miscarriage during the summer.

Writing for the New York Times The Duchess of Sussex explains she miscarried in July, saying: “as I clutched my firstborn child, that I was losing my second.”

In a piece titled ‘The Losses We Share’, Meghan describes lying in a hospital bed, holding husband Prince Harry’s hand as they both cried.

Meghan, 39, said at that moment, she tried to imagine how they would heal after suffering such a loss.

Her article began: “It was a July morning that began as ordinarily as any other day: Make breakfast. Feed the dogs. Take vitamins. Find that missing sock. Pick up the rogue crayon that rolled under the table. Throw my hair in a ponytail before getting my son from his crib.

“After changing his diaper, I felt a sharp cramp. I dropped to the floor with him in my arms, humming a lullaby to keep us both calm, the cheerful tune a stark contrast to my sense that something was not right.

“I knew, as I clutched my firstborn child, that I was losing my second.”

The Duchess continued: “Hours later, I lay in a hospital bed, holding my husband’s hand.

“I felt the clamminess of his palm and kissed his knuckles, wet from both our tears. Staring at the cold white walls, my eyes glazed over. I tried to imagine how we’d heal.”

Meghan, who once described motherhood as being on her “bucket list”,  said she watched her husband’s heart break.

During the article, the Duchess also described a moment on their royal tour in South Africa at the end of September 2019 when a journalist asked her “are you OK?”

She said at the time she responded “thank you for asking, not many people have asked if I’m OK” but did not realise her words would resonate with many.

Meghan says as she lay in hospital following the loss of her baby, she realised the only way to begin healing was to ask Harry, “are you OK?”

The Duchess went on to speak about the losses many other people have endured this year, amid the coronavirus pandemic.

She said she grieved while in isolation and lockdown and spoke of losing a child as an ‘almost unbearable grief’ that many experience but don’t talk about.

The Duchess gave birth to their first baby, Archie Mountbatten-Windsor, on 6 May 2019, who weighed 7lbs 3oz.

Speaking hours after the birth, proud dad Harry said his son is “absolutely to die for” and he was “over the moon”.

Harry described Archie’s birth as “the most amazing experience I could ever have possibly imagined”.

Introducing the two-day-old to the world at Windsor Castle, Meghan said: “It’s magic, it’s pretty amazing. I have the two best guys in the world so I’m really happy.”

She added: “He has the sweetest temperament, he’s really calm.”

The proud parents thanked everyone for their “support and kindness during this exceptionally joyful time in their lives”.

Four months after Archie was born, Meghan was back at work, launching a capsule clothing collection in aid of the Smart Works charity.