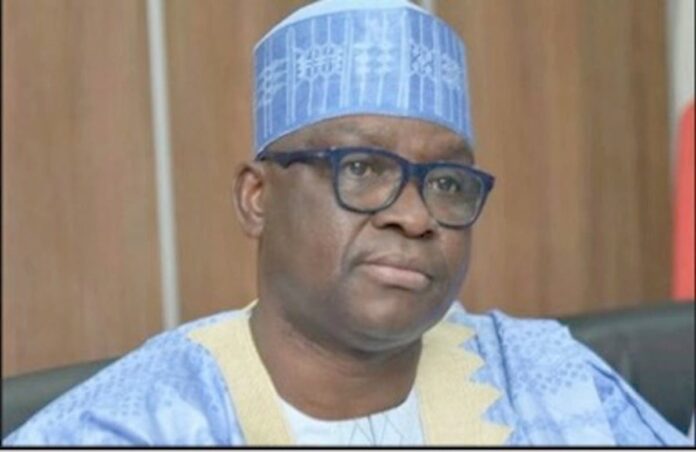 A former governor of Ekiti State, Mr Ayodele Fayose on Saturday said he would never team up with the political enemies of the All Progressives Congress National Leader (APC), Asiwaju Bola Tinubu to destroy him politically.

He described Asiwaju Tinubu as one of the greatest political leaders Yorubaland has ever produced, saying he is a great builder of men in the South-West.

Mr Fayose said this at his Afao-Ekiti residence during the reception he hosted to mark his 60th birthday. He said his admiration of the leadership style of Tinubu notwithstanding, he vowed never to defect from the PDP as some leaders wont to do.

He said, “I am not championing the course of Tinubu, I am not in the position to do that, but there is no denying the fact that Tinubu is a prominent Yoruba leader, whether in APC or in PDP. There is no gainsaying that fact. Fayose is a prominent son of the Yoruba nation. Governors Nyesom Wike, Ifeanyi Okowa and Okezie Ikpeazu are prominent sons of southern Nigeria.

“What I am trying to say is that we can’t hide their identities and goodwill for political reasons. We can’t deny their contributions. Other leaders from the North like Ahmadu Bello made different impacts. So, Tinubu has paid his dues. I have paid my dues, Okowa has paid his dues, Wike has paid his dues. We need to acknowledge them.

The former governor also alluded to the political feud between him and Governor Seyi Makinde of Oyo state over the controlof the party machinery in the South West.

“I was the one who went to flag off Governor Makinde’s campaign in Ogbomoso. So, I cannot work for his failure. Whether he is backing Senator Biodun Olujimi or not, the fact remains that the struggle for the control of the party’s structures in Ekiti has come and gone.

“We won the congresses, but they are in court, if the court says it is Olujimi that is right, we would follow her and if the court says she has no case, they should join us so that we can move the party forward. Let us pursue our interest legitimately in the manners that will create peace in the region,” Fayose said.