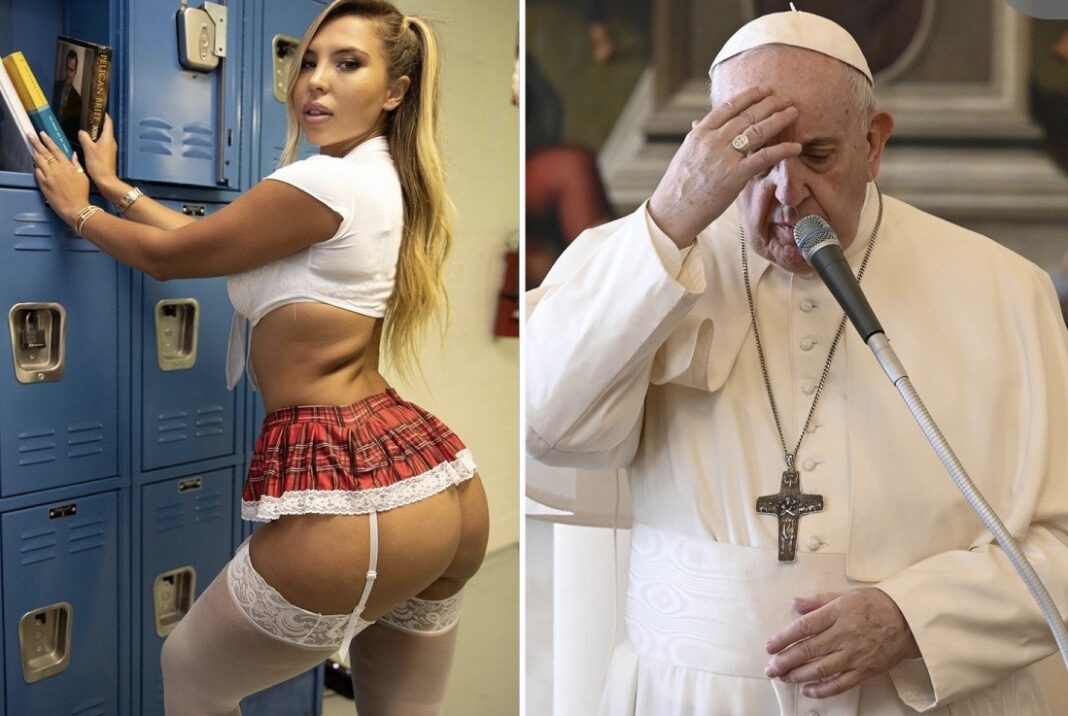 Officials are investigating just how the endorsement of the sexy schoolgirl-inspired picture happened, according to the Catholic News Agency.

It emerged that Pope Francis’ official Instagram account had clicked the ‘like’ button on bikini model Natalia Garibotto’s racy snap on November 13, along with 143,000 other fans.

The Insta picture shows Garibotto, 27, standing at a school locker with a pile of textbooks, while wearing a skimpy white cropped t-shirt and red tartan-checked skirt cut so short it reveals her bare bum.

The model said the pontiff’s verified Franciscus account was among the thousands that “liked” the October 5 image of her in white stockings and suspenders.

“My mum may hate my ass pics but the Pope be double-tapping,” she told the Barstool Sports blog, which also claimed to have seen the apparent papal seal of approval before it was removed.

“At least I’m going to heaven,” Garibotto joked with her 124,000 Twitter followers.

Sources told Catholic News Agency that an internal probe is underway into the act after the ‘like’ was removed on November 14 — after CNA asked the Vatican’s press office for comment.

The pope’s social media accounts are managed by a team, according to the CNA.