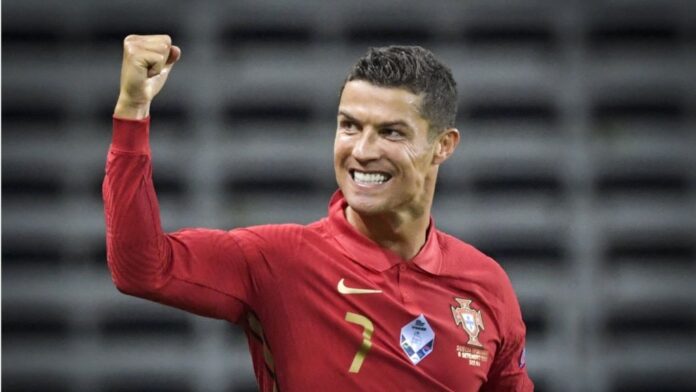 MANCHESTER UNITED have made a ‘formal offer’ to re-sign club legend Cristiano Ronaldo, according to reports in Portugal.

Portuguese newspaper Record claims the Red Devils have touched base with his superstar agent Jorge Mendes, presenting a mega-money offer which Ronaldo is said to be considering.

However, the five-time Ballon d’Or winner – who turns 36 in February – apparently remains fully focused with current club Juventus for the time being.

And it may take something special for United to bring Ronaldo back to the Theatre of Dreams, nearly 12 years after selling him for a then-world record £80million to Real Madrid.

Ronaldo joined the Red Devils from Sporting Lisbon in 2003 and went on to score 118 goals in 292 games.

He fired United to three consecutive Premier League titles, as well as their last Champions League win in 2008.

But he reached an even higher level during his nine seasons at Real, adding another four of the glamorous awards to his collection while incredibly netting 450 goals in just 438 games.

On the pitch, Ronaldo landed two LaLiga titles and an incredible FOUR Champions Leagues – including three back-to-back between 2015 and 2018.

He then made a shock move to Italian champions Juventus in 2018 on staggering wages worth £28m a season.

Ronaldo has since won two Serie A titles, while also scoring 71 goals in 94 games.

However, reports claim the Italians are starting to look to the future with new boss Andrea Pirlo and a host of young stars including Matthijs de Ligt, Federico Chiesa and Dejan Kulusevski.

In the age of coronavirus, Ronaldo’s hefty wages are also thought to be a growing issue as club chiefs desperately try to tighten their belts.

And with his contract expiring in 18 months, it’s said that Juve are gearing up to move Ronaldo on.

Should the opportunity present itself, he may jump at the chance to lead former club United back to the top of English football alongside new icons such as international teammate Bruno Fernandes and Marcus Rashford.

However, Paris Saint-Germain are thought to be at the front of the queue for Ronaldo.

They already have two of world football’s biggest names in their front three – Kylian Mbappe and Neymar.

The pair play on the right and left respectively, which would leave Ronaldo free to line up in his favoured central position.

One surprise option could be Wolves, who boast an army of Portuguese footballers thanks to their links with Ronaldo’s agent Mendes.

SunSport columnist and Watford star Troy Deeney believe the striker would make a huge impact at Molineux should he end up there.