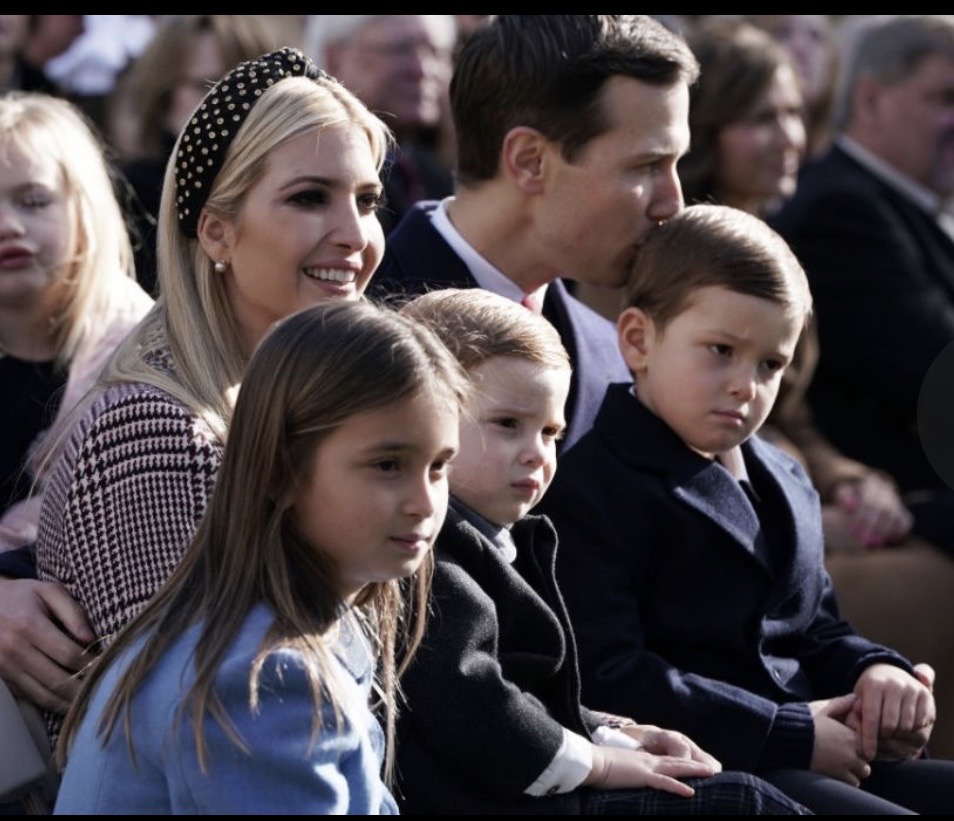 JARED Kushner and Ivanka Trump pulled their kids out of a $25K-a-year Jewish day school after other parents complained the family were attending events without masks on, reports say.

Their kids started going to the Milton Gottesman Jewish Day School when they moved to Washington DC in 2017 after Donald Trump was elected – but they abruptly changed schools last month.

Two weeks before Election Day 2020 and three weeks after a coronavirus outbreak in the White House, the Kushners removed their kids from the school after parents reportedly complained the couple were attending “superspreader” events.

A spokesperson for the school confirmed that the couple “withdrew” the kids but a family source claimed it was because Berman offered more in-person classes after re-opening virtually, according to its website.

However, JTA reported that it was because other parents had complained about the Kushners.

Jared’s top aide Avi Berkowitz denied the claims of rule-breaking on Thursday, telling the publication “the Kushners protect the privacy of their children and won’t engage in idle gossip.”

But three parents told the JTA they became concerned when Kushner, Ivanka, and a top aide were spotted at events flouting Covid-19 protocols set out by the school.

His chief of staff Mark Meadows and five other staffers tested positive for the virus last week, as infection rates soar around the country.

During the lockdown and school closures in May, there was another White House outbreak after Mike Pence’s Press Secretary Katie Miller tested positive.

Milton’s guidelines for parents are based on CDC guidelines and urges students and their families to wear masks while they’re not on campus.

It also asks them to limit their attendance at large public or private gatherings and events and to “avoid hosting or attending large gatherings where proper social distancing measures are not feasible.”

The breaking point for one parent was reportedly Amy Coney Barrett’s Supreme Court nomination ceremony at the White House.

Although the Kushners weren’t there, 11 guests later tested positive for coronavirus, including the president.

On September 29, the Kushners visited Cleveland, Ohio, for the first debate between Trump and Joe Biden, where Ivanka was reportedly pictured without a face covering.

Trump confirmed he was infected on October 2, but the school allegedly wouldn’t tell parents the last day of contact between the president and his grandchildren.

The worried mother said: “There was concern for the safety of children because it was very clear the Kushner parents were violating public health recommendations.

“At the same time of rising cases in the states and children going back to school, we were seeing the Kushners violating quarantine requirements.”

As it stands, Milton is split between remote and in-school learning. The Sun contacted the school for comment on Thursday.

The anonymous mom said a particular concern for parents was the fact that their youngest child attended indoor pre-kindergarten classes, unlike the older kids who were taught outside.

She pointed out that it was “masked, but indoors, and there are the Secret Service, who are with the children.”

JTA reported that Milton’s classes would be returning to classes indoors three to four days a week on November 16.

Two Milton parents told the publication the school tried to compromise with the Kushners and make allowances, but a deal wasn’t struck.

The news emerged as Trump rails against the election results, supported by Ivanka and her siblings on social media.