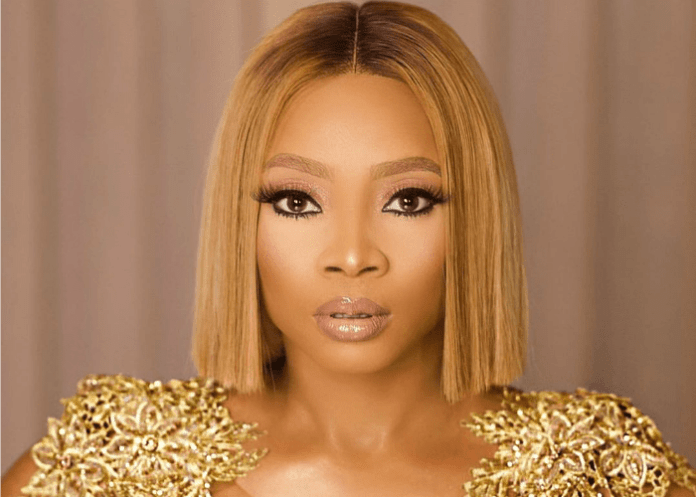 Celebrity broadcaster, Toke Makinwa is in the news again.

The news this time is the outcome of a law suit filed by her former husband, Maje Ayida.

A Lagos State High Court at the Tafawa Balewa Square has ordered her to pay the sum of N1m to her ex-husband as the cost of damages for defamation.

The court, in a judgment by Justice Olukayode Ogunjobi, added that Makinwa must within 30 days delete defamatory words against Ayida from unsold copies of a book titled, “On Becoming”.

Toke alleged in her book that Maje was unfaithful and infected her with STD while they were married.

Ayida, a fitness enthusiast had through his lawyers, written to Toke to stop the sale of the book. But she went on, forcing him to institute a N100 million suit for defamation of character in 2017.