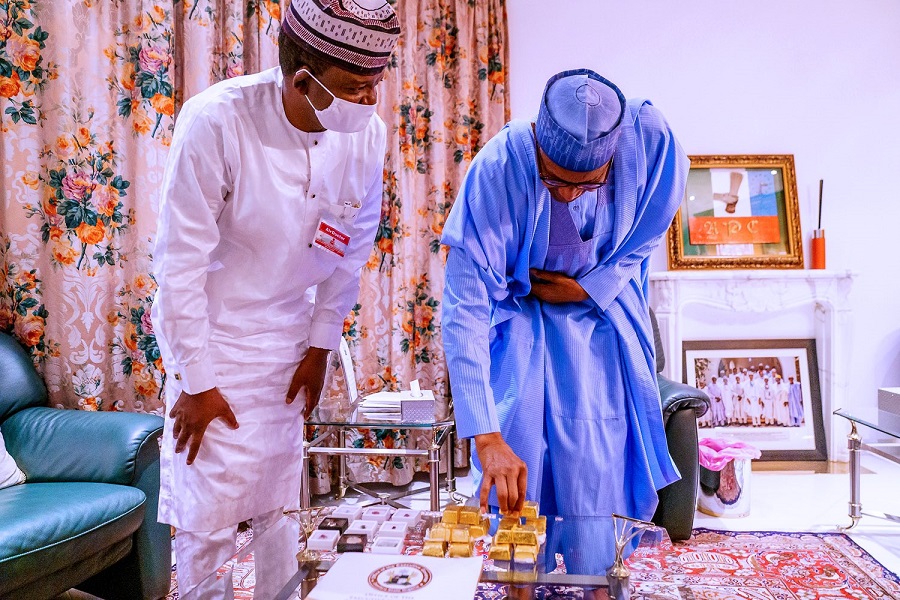 Two youth organisations in the Niger Delta, the Young Democratic Movement (YDM) and South-South Youth Assembly (SSYA) have taken up the federal government on the alleged sale of gold bars by the Zamfara state government to the Central Bank of Nigeria (CBN), saying such an act is a violation of Nigeria’s constitution.

It, therefore, gave the federal government a four-day ultimatum to share the proceeds from the sale, or face mass protests by Niger Delta youths.

It would be recalled that the reported sale of the gold bars by Governor Bello Matawalle of Zamfara State has generated a lot of debate over ownership of mineral rights.

“The gold found in any state belongs to the federal government, the revenue generated from such mineral resources like gold is to be shared among all the 36 states and Federal Capital Territory (FCT).

“The state governor has no such audacity to sell the gold bar to the apex bank worth close to about N5billion.

“In the Niger Delta States, we don’t sell oil. We are surprised that a governor of a state should be selling a gold bar from Zamfara State to the CBN.

“Let it be known that whatever revenue that ought to come from that transaction belongs to the entire country and not to the state government.

“These revenues could salvage the nation from the burden of these international borrowings.

“For the record, Item 39 under the Exclusive Legislative List of the 1999 Constitution of the Federal Republic of Nigeria (as amended) states that mines and minerals including oil fields, oil mining, geological surveys, and natural gas are exclusively under the control of the federal government.

“The Nigerian Minerals and Mining Act 2007, which was passed into law on March 16, 2007, to repeal the Minerals and Mining Act, No. 34 of 1999 for the purposes of regulating the exploration and exploitation of solid materials in Nigeria vested the control of all properties and minerals in Nigeria in the state, and prohibits unauthorised exploration or exploitation of minerals.

“The Act further stated that all lands in which minerals have been found in commercial quantities shall from the commencement of the Act be acquired by the federal government in accordance with the Land Use Act. And our question today is;

“Has the Federal Government acquired all the lands where minerals are found? If yes, why have the states not benefitted from proceeds from mining activities on such lands?”

“For the relative peace enjoyed in the Niger Delta region thus far and the achievements of about 1.86million barrels per day, this act shouldn’t be taken for granted.

Keseme Idiong of YDM and Victor Thompson of South-South Assembly maintained that failure of the federal government to review the derivation fund from 13 percent upwards, “the Federal Government must allow Niger Delta to directly sell her oil just as the recent case of Zamfara gold bar.”

“We give the Federal Government until Saturday, October 24, 2020, to give a robust and satisfactory response to our demands else the Youths of Niger Delta shall on Tuesday, October 26, 2020, embark on a nationwide protest drawing the attention of the international community to this terrible situation.