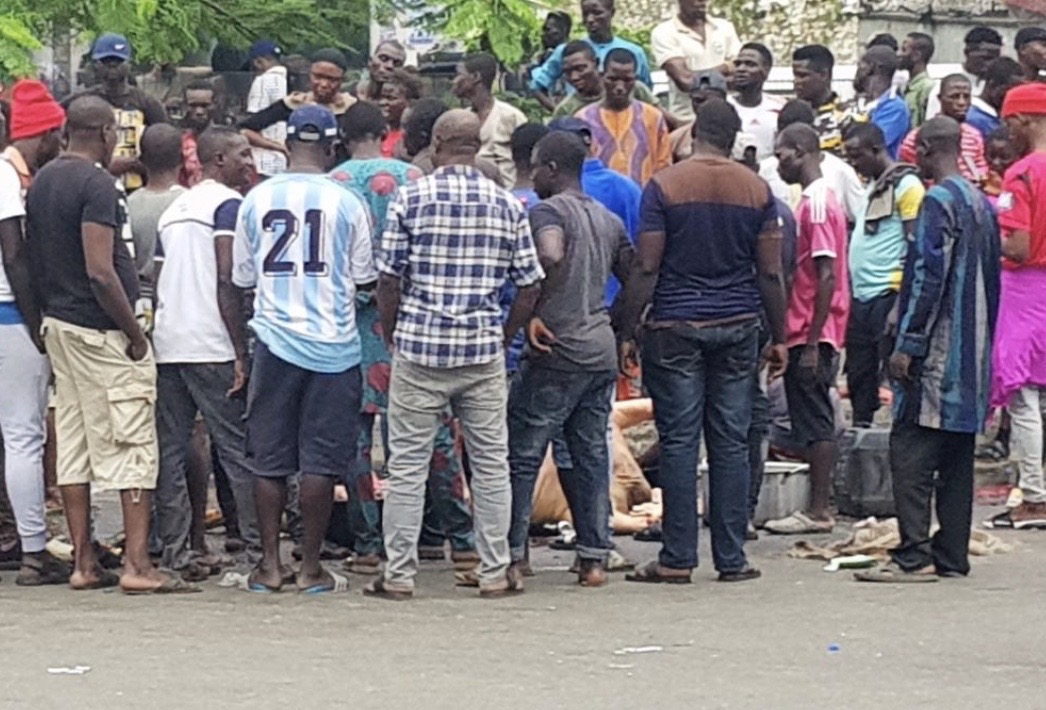 Few hours after the kick-off of the 24-hour curfew imposed by governor Babajide Sanwo-Olu of Lagos State, thousands of anti-police brutality protesters (#EndSARS campaigners) have defied the order, saying they would not comply with the order to keep off the roads.

Thousands of them converged at Jakande Estate Gate, singing and dancing.

At the Ojodu Berger area in Lagos, thousands of youths took over the main expressway, singing, dancing, cooking and feasting on the blocked road. A source told Fedredsnews that residents in the area had earlier in the day contributed bags of rice and two cows.

Some of the protesters in Lagos dared the police to disperse them, insisting that they will continue their demonstration until the government listens to them and carry out a holistic reform of the police force.

Recall that Mr. Sanwo-Olu announced an indefinite 24-hour curfew earlier today, saying the government cannot sit idly and allow hoodlums to overrun the state and break down its security architecture.

Few hours after the announcement, the state police command announced a ban on all forms of protests while the Inspector General of Police, Mohammed Adamu deployed special anti-riot policemen across the country. He said their brief was to protect the lives and property of Nigerians and critical infrastructure of the State.