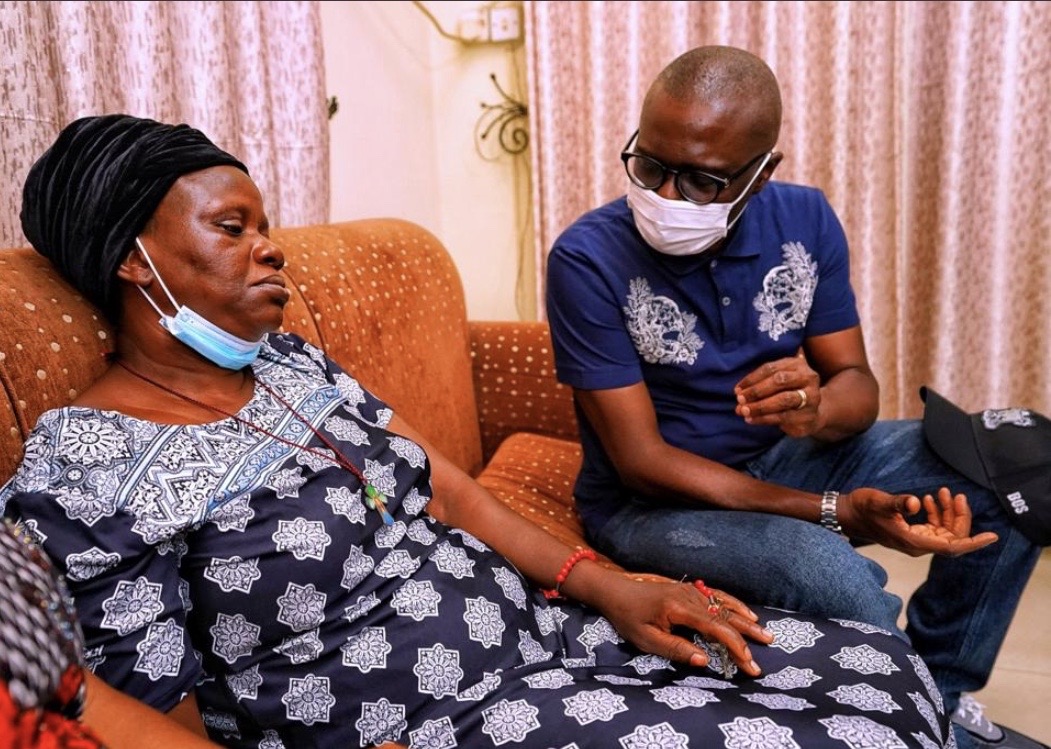 The Lagos State Governor, Babajide Sanwo-Olu, on Saturday, paid a condolence visit to the family of Okechukwu Iloamuazor, who was killed by police during the #EndSARS protest in Surulere area of the state.

The late Iloamuazor, a professional driver, was 55 years old at the time of his death. A stray bullet allegedly fired by a policeman during the #EndSARS protest in Surulere hit and killed him.

The governor assured Iloamuazor’s widow, Ngozi, that the perpetrators of the act would be brought to book, adding that he had directed the state Attorney General, Moyosore Onigbanjo to take over the case immediately.

Sanwo-Olu, also gave further updates on what the government would be doing, going forward, saying that the newly set-up judicial panel would be inaugurated next Monday.

Meanwhile, the Lagos State Police Command has arrested one Mrs Nike Lawal, female, of No. 30, Anjorin Street, Aminkanle, Lagos, one of the #EndSARS protesters for allegedly driving recklessly and killing two persons at Ikola Road, Alagbado area of Lagos, on Wednesday, October 14,  2020.

According to the state command spokesperson, SP Olumuyiwa Adejobi, Mrs Nike Lawal, was the driver of Toyota 4Runner SUV with REG. NO. GGE 346 BK that ran into a tricycle and killed the duo of Ojo Azeez, 27, and Yusuf Sodia, 26, both males of command road, Alagbado, Lagos.

Adejobi stated that the suspect, who intentionally removed the number plates on her SUV, as at the time of the incident, joined the protest at AIT junction, Alagbado, and started driving recklessly, like many other protesters, before the fatal accident.

The Commissioner of Police has commiserated with the families of the deceased and assured them of the command’s commitment to having justice in the case; and that the command would not relent in its efforts in maintaining peace, law and order within the state.