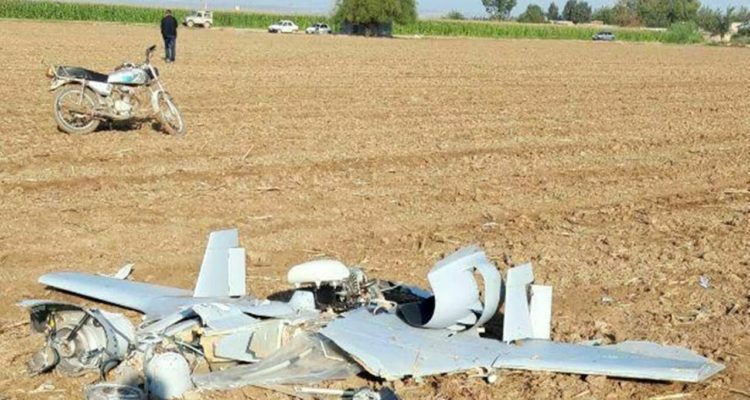 Iranian news sources said the drone was found in the border county of Parsabad-Moghan in the northwestern Iranian province of Ardebil, roughly 100 kilometres (60 miles) from where fighting between Azerbaijan and Armenia has been taking place in the disputed area of Nagorno-Karabakh.

While Iran’s government-controlled IRNA News said an investigation was underway to determine whether the drone was Armenian or Azeri, Armenpress reported that experts identified the drone as “an Israeli-made loitering munition – the infamous brainchild of the Israeli Aerospace Industries.”

It is known that Azerbaijan has been using Harop since at least 2016.

The drone is termed a “loitering munition” with a range of 1000 kilometers that can stay airborne for six hours waiting for a target to destroy, or return to base. The Harop can be flown both autonomously or by a remote pilot.

Although Russia mediated a ceasefire after heavy fighting broke out September 27, there have been several violations reported by both sides in the conflict. The ethnically Armenian area broke away from Azerbaijan in a 1990s war that left some 30,000 people dead.

Photographs and a video from the scene showed the drone broke into several pieces on impact but was not destroyed.

“Seems like the Azeri operator of the Harop kamikaze drone has accidentally single-handedly gifted the modern military technology of Israel to none other than Iran, moreover on a plate – with as little damage as possible,” Armenpress reported.

“The Iranians will surely recover the Harop and take a closer look at its technical characteristics, which could potentially be used in their own developments,” the report said.

Iran has called on both sides to cease hostilities and offered to facilitate talks, Radio Farda reported, with ethnic Azeris making up some 10 million of Iran’s 80-million population.