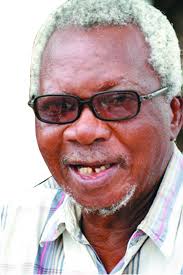 His death was announced today by his family.

Born in Kiagbodo to an Ijaw father and Urhobo mother, the late writer was educated at the Native Authority School, Okrika, Government College, Ughelli and University of Ibadan.

In 1982, along with his wife, Ebun Odutola, a professor and former director of the Centre for Cultural Studies at the University of Lagos, he founded the PEC Repertory Theatre in Lagos

Most renowned for his work, Casualties, he ranked alongside the late Chinua Achebe and Nobel Laurrette, Professor Woke Soyinka as one of Nigeria’s most prized literary assets.

He was prodiguous writer whose work spanned all the genre of literature including the popular, Their America, Song of a goat, A reed in the tide, Ozidi, among others.

He was also an activist who stood against social and political injustices.

The announcement by the family reads, “The Clark-Fuludu Bekederemo family of Kiagbodo Town, Delta State, wishes to announce that Emeritus Professor of Literature and Renowned Writer, Prof. John Pepper Clark, has finally dropped his pen in the early hours of today, Tuesday, 13 October, 2020.

“Prof. J. P. Clark has paddled on to the great beyond in comfort of his wife, children and sibling, around him.