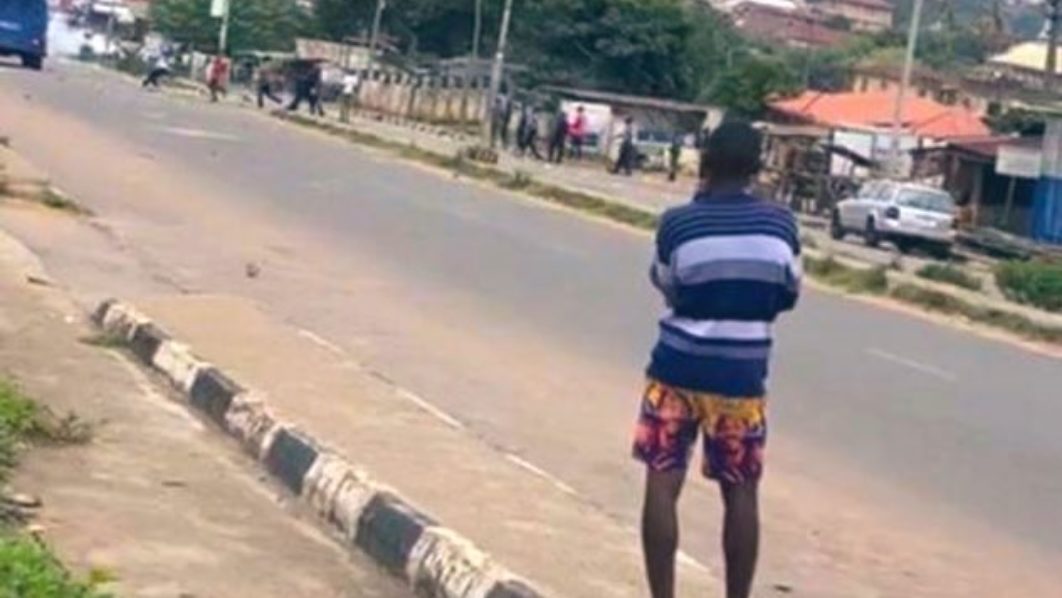 A bystander, Jimoh Isiaq was shot and killed in Ogbomoso in Oyo State, southwest Nigeria, on Saturday by the policemen dispersing #EndSARS protesters.

Fedredsnews cannot independently confirm whether the late Isiaq was among the #EndSARS campaign before he was killed by the police. Sources, however, confirmed to Fedredsnews that he was rushed to Bowen University Teaching Hospital where he eventually died from injuries sustained from the gunshot.

But pictures shared on Twitter showed him standing by the roadside, many metres away from the policemen. He was unarmed.

His bloodied corpse has since been buried.

Meanwhile, Nollywood veteran,Olu Jacobs said on his Twitter handle that some people sent him messages to stop lending his voice to the #EndSARS movement.

“I told them simply #EndPoliceBrutality so the youth will be free in their country. I cannot be silent and watch the killing of vibrant youths…NEVER”, he said.

A 2016 report by Amnesty International indicates that persons detained by SARS, both men and women, “are subjected to various methods of torture and ill-treatment in order to extract information and ‘confessions’.

Such methods include severe beating, hanging, starvation, shooting in the legs, mock executions and threats of execution.”

In a similar report published in June 2020, Amnesty said “torture is a routine and systemic part of police investigation in SARS; that many SARS stations use designated ‘torture chambers’ – special interrogation rooms commonly used for torturing suspects.”