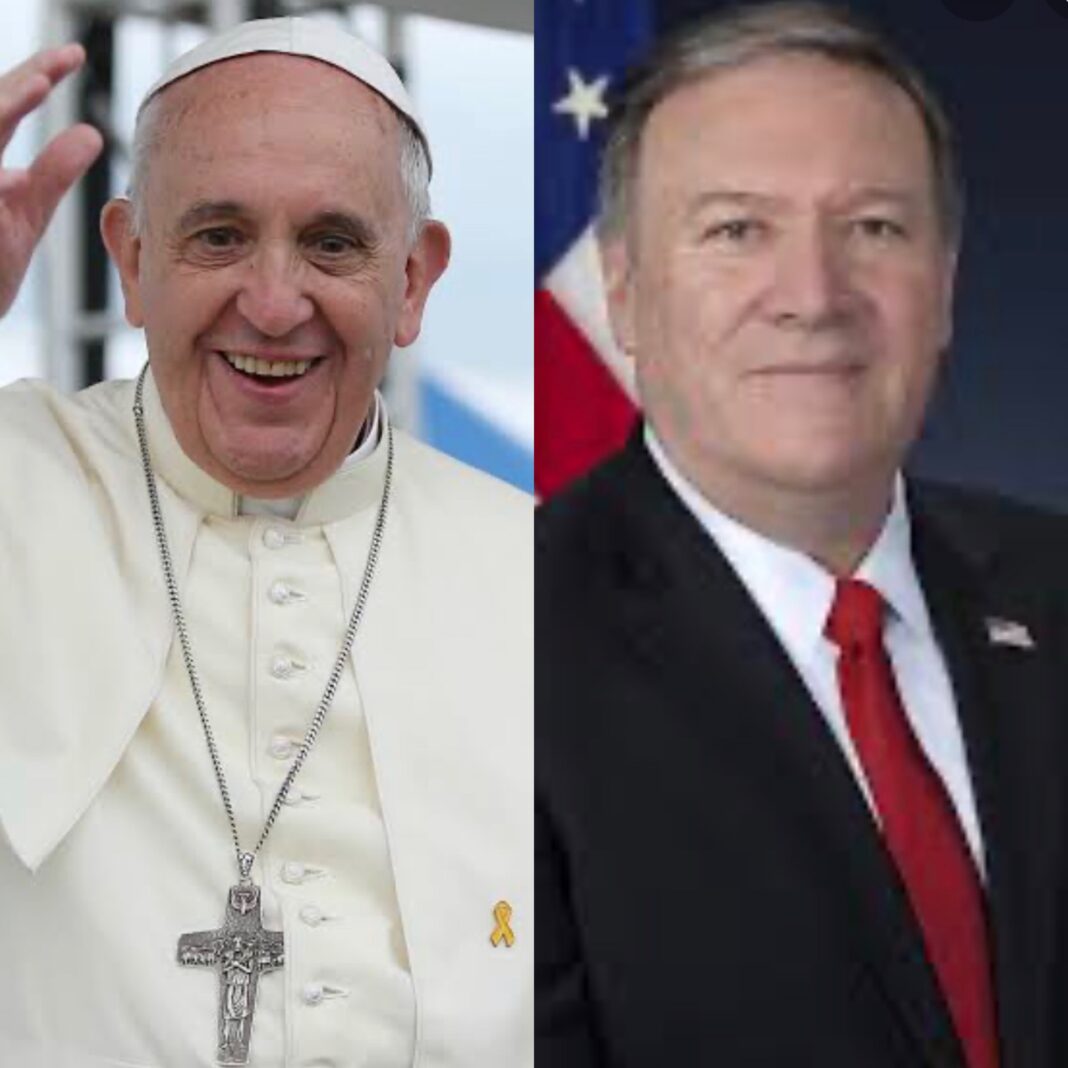 The Vatican has denied US Secretary of State Mike Pompeo an audience with Pope Francis.

The Holy See said the Pontiff does not receive politicians during an election period.

The move adds to a diplomatic row following comments by Mr Pompeo about China and the Catholic Church. The Vatican accused Mr Pompeo of trying to use that issue to attract voters in November’s US presidential election.

In an article earlier this month, Mr Pompeo said the Catholic Church was risking its “moral authority” by renewing an agreement with China regarding the appointment of bishops.

Donald Trump receives support from conservative religious movements, including conservative Catholic voters, some of whom think Pope Francis is too liberal. Human rights groups say many Catholics in China are persecuted and driven underground for pledging allegiance to the Pope instead of an official Chinese Catholic association.

Despite this, in 2018, the Vatican made a deal with China to have some say over the appointment of Chinese bishops. At the time Pope Francis said he hoped the deal “will allow the wounds of the past to be overcome” and bring about full Catholic unity in China.

The agreement is expected to be renewed next month in the face of opposition from some Catholics, including in the US.