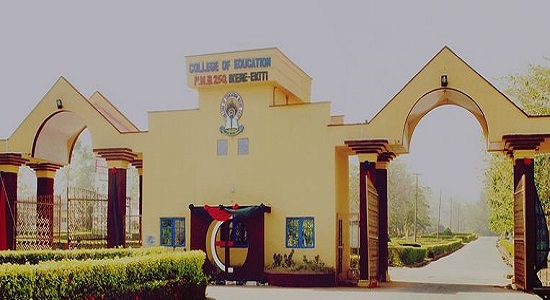 The College of Education, Ikere-Ekiti has been upgraded to a full-fledged university, courtesy of a new bill passed by the Ekiti State House of Assembly on Tuesday.

The passage of the bill was premised on the outcome of the report of the House Committee on Education which, among other recommendations, recommended that the Transitional Provision of Section 38 would “give room to the existing students of the College of Education, lkere-Ekiti after the effective date of this law to complete their course of study as stipulated”.

The report after ratification by the Committee of the Whole House, was unanimously passed.

The executive bill is titled, “A Bill for a Law to provide for the Establishment, Incorporation, Constitution, Powers, and Functions of the University of Education, Science and Technology, Ikere-Ekiti and Other Matters Therewith.”

NAN reports that earlier at the Tuesday’s plenary, Under Matter of Urgent Public Importance, Chief Gboyega Aribisogan, (Ikole 1, APC) called the attention of the House to the gradual extinction of the Yoruba Language.

He called for advocacy and legislation to save the Yoruba Language, which he described as the identity of Western Nigeria.