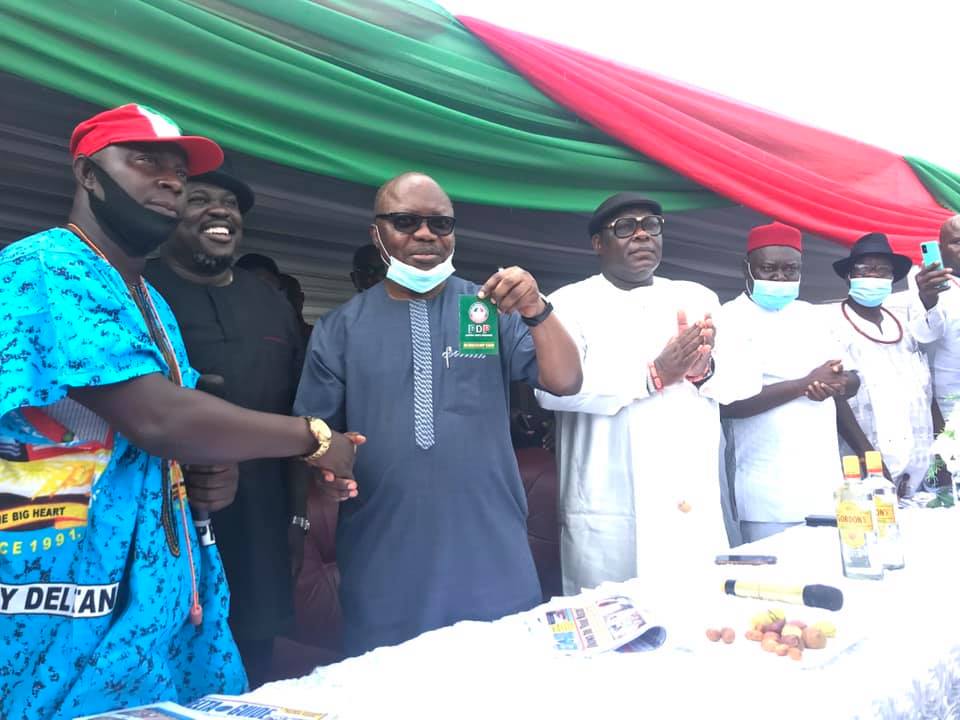 The rank of the Peoples Democratic Party (PDP) in Delta State swelled on Monday as the immediate past Governor of the state, Dr Emmanuel Uduaghan, formally rejoined the party from the opposition All Progressives Congress (APC)

The ceremony took place at his Unit 1, Ward 6, at Abigborodo, his country home, and was accompanied to the venue by thousands of his supporters amid cheering solidarity songs on Monday.

“I am back to join forces with other party greats to strengthen our party, the largest party in Africa -PDP!,” the ex-governor said earlier on his Twitter handle.

Ibori defected from the PDP and joined APC about a year ago to protest an alleged mistreatment in the PDP.

He contested for the Delta South Senatorial seat in 2019 on the platform of APC, but he lost to Senator James Manager who is the incumbent senator representing Delta South at the House of Senate.

Uduaghan was the governor of Delta State on the platform of the PDP for eight years from 2007 to 2015.

He is a cousin to the godfather of Delta politics, James Ibori, who was also the governor of the state between 1999 to 2007.