Gov. Zulum under another terrorist attack 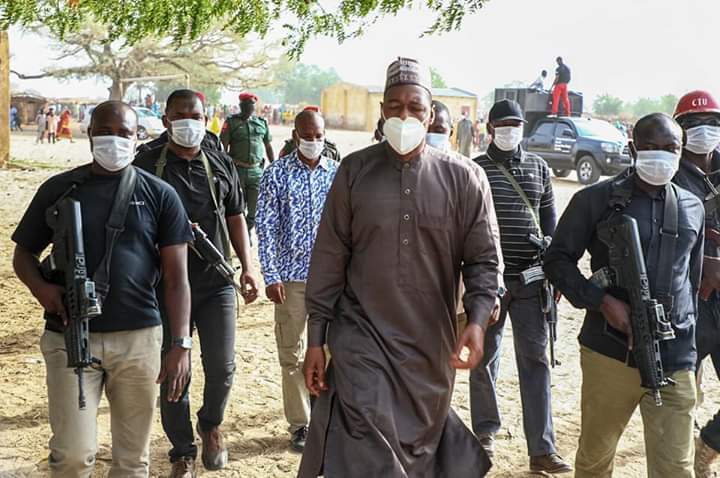 Barely 48 hours after his convoy was ambushed and attacked by Boko Haram terrorists, the dreaded terror group again, on Sunday, made another daring attack on the governor along Baga-Kukawa axis of Borno.

Sources told Fedredsnews that immediately the attack started, troops of the Nigerian Air force were immediately mobilised to repel the attack, and they successfully dislodged the insurgents.

Fedredsnews could independently confirm if there was any casualty during the attack.

President Buhari described the attack as an “orchestrated sabotage” against government’s resolve to resettle internal displaced persons in the state.