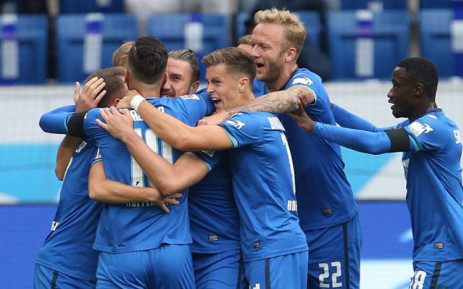 European champions Bayern Munich suffered their first defeat since December when their 32-unbeaten streak was ended by a shock 4-1 Bundesliga defeat at Hoffenheim on Sunday.

Bayern, winners of the Super Cup against Sevilla after extra time on Thursday, had not lost since Dec. 7, 2019, and had gone 21 consecutive Bundesliga matches without defeat, winning their last 15.

“It was clear it would happen at some point,” said Bayern coach Hansi Flick, who won four titles after taking over in November.

“I don’t blame it all on fatigue. We did not manage to play out our chances with more determination. Congratulations to Hoffenheim.”

“I cannot accuse my team of a lack of will or commitment. We now need to put it behind us,” he said.

Ermin Bicakcic put the hosts ahead, nodding in a corner at the near post. A mistake by Bayern defender Benjamin Pavard in the 24th minute then allowed Munas Dabbur to break free and beat keeper Manuel Neuer with a fine finish.

Bayern, with top scorer Robert Lewandowski on the bench at the start, stepped on the gas after the second goal and Joshua Kimmich’s superbly curled shot from 18 metres out cut the deficit in the 36th.

Neuer then kept the Bavarians in the game, tipping an Andrej Kramaric effort onto the post and Bayern striker Joshua Zirkzee almost bagged an equaliser in the 56th but his shot bounced off the bar.

Bayern showed signs of fatigue as Hoffenheim again pressed forward and Kramaric, who had scored a hat-trick last week, killed off the visitors’ hopes in the 77th minute, controlling a cross with his back to the goal and turning beautifully to beat keeper Manuel Neuer.

A stoppage-time penalty by the Croatia forward Kramaric crowned a memorable win for Hoffenheim and their new coach Sebastian Hoeness, a Bayern youth coach until last season and nephew of longtime club boss Uli Hoeness.

“It went as we had planned it,” Hoeness said. “We scored with our first chance and we managed to remain dangerous throughout.”