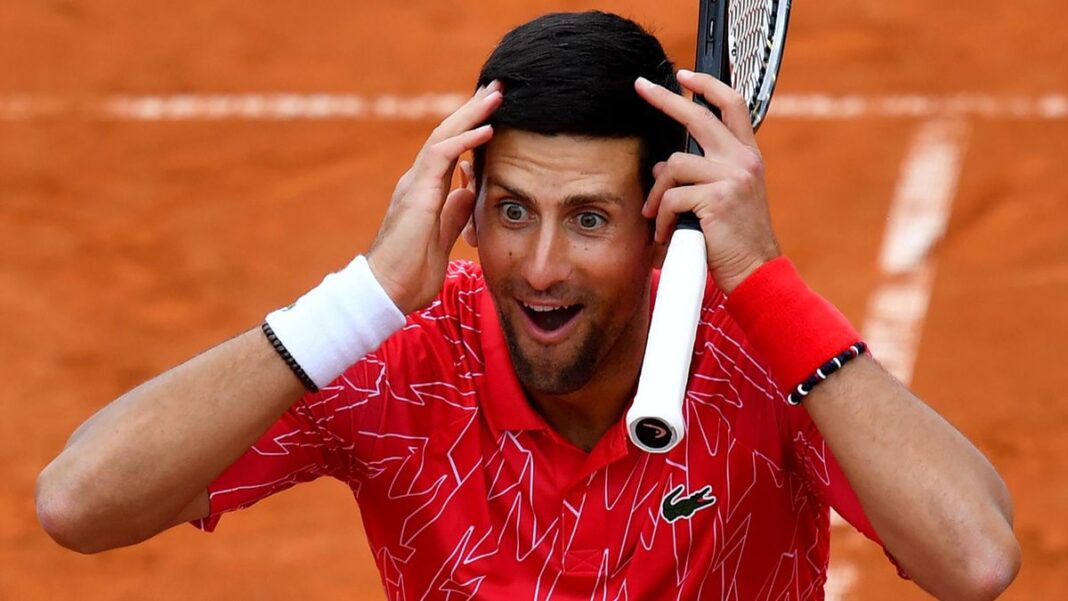 Playing in his maiden ATP 1000 final, eighth seed Schwartzman raced out of the blocks to convert two break point opportunities for a 3-0 lead as Djokovic’s usually clinical backhand offered up some errors.

An on-and-off drizzle at Foro Italico, which included a smattering of fans, added to Djokovic’s frustration but he still found a way past Schwartzman’s serve to draw level at 3-3.

Djokovic’s relentless baseline hitting came to the fore when he broke Schwartzman in the 12th game to take the opening set, despite committing 18 unforced errors.

Schwartzman, who outplayed defending champion Rafa Nadal in the quarter-finals, snatched another early break in the second set but Djokovic was quick to respond.

The top seed stepped up the intensity to break Schwartzman’s serve twice before serving out the match comfortably to seal victory — clinching it with a drop shot.

“It was a great week, a very challenging week,” Djokovic, who was playing his first event since being defaulted at the U.S. Open for inadvertently hitting a line judge with a ball, said on court. “I found my best tennis when I needed it most.”

“I’m proud that I managed to find the fifth gear when I needed it.”

Djokovic’s win moves him clear on the list of Masters 1000 titles, one ahead of rival Nadal, and sets him up perfectly for an assault on next week’s rescheduled French Open.

“Now we turn to Paris and I couldn’t ask for a better tournament here in Rome,” the 33-year-old Djokovic, the oldest male winner of the Italian Open title, said.

Heading into Roland Garros, Djokovic has won 31 of his 32 matches this season and will be among the favourites alongside 12-times winner Nadal and U.S. Open champion Dominic Thiem.