Hold Areredolu responsible if anything happens to me, Jegede cries out after gunmen attacked his convoy 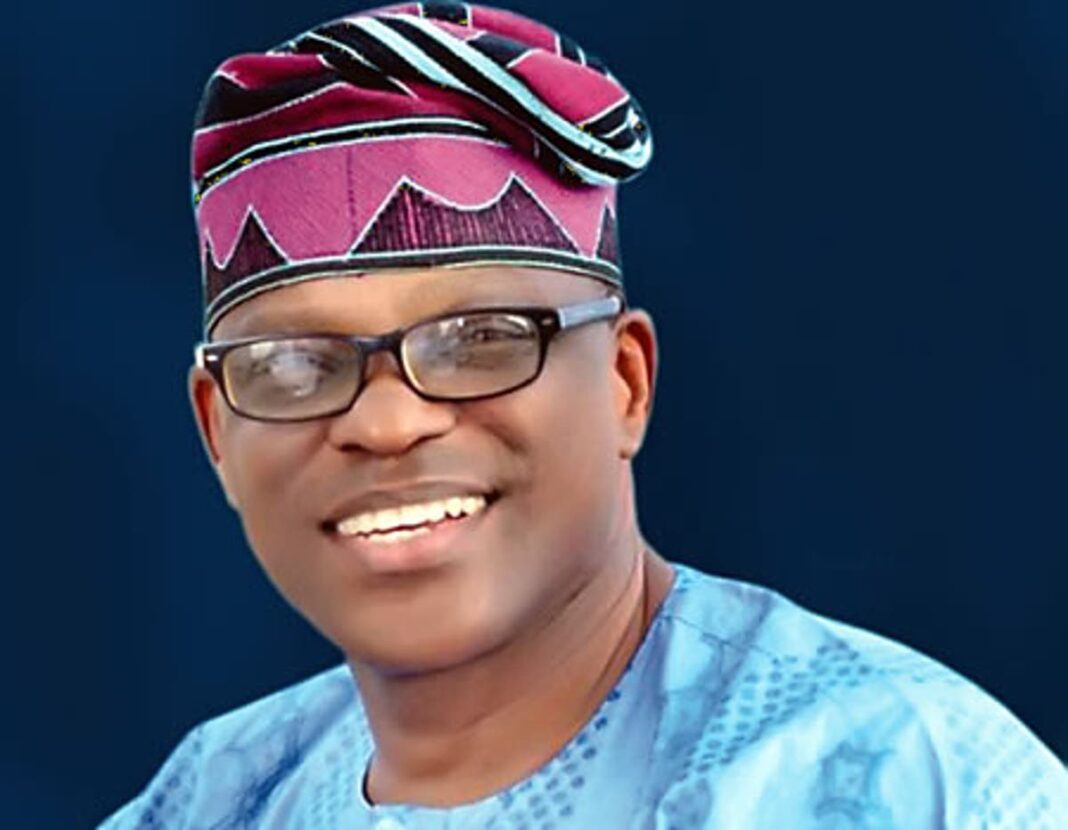 The candidate of the Peoples Democratic Party (PDP) in the October 10, 2020 governorship election in Ondo State, Eyitayo Jegede, SAN has alerted the public that if anything happens to him before or after the election, Governor Rotimi Akeredolu should be held responsible. He emphatically claimed that the attack on his campaign train at Oba Akoko by suspected APC thugs was a clear attempt to terminate his life.

He said further: “The firing of live bullets sporadically at my vehicles by the suspected political thugs confirmed insinuation that some elements want to murder me before the election day”.

Jegede said that those that fired at his convoy were thugs in the APC campaign vehicle with the governor in the convoy. He pointed out that he had lodged complaints to all the security agencies and showed pieces of evidence that the thugs in the APC vehicles fired at our vehicles.

“We were scheduled to be in Oba Akoko and we have police approval, the governor’s campaign was supposed to be somewhere in the south.

“We followed all laid down processes required to proceed on peaceful campaigns by the security agencies, and having been duly cleared to proceed on campaigns across Akoko South West Local Government, Gov Rotimi Akeredolu led his convoy our way against the well-established norms for peaceful elections.

“ln all about 15 vehicles were shot at by these thugs who were brandishing pump action. Being in government is not a license to kill. I have never seen this type of desperation in my life. We are not violent, we are focus on winning this election, we would not be deterred, we will defend ourselves.

“We will win this election, their plan is to instil fear in us, we are the focus, we are courageous. This desperation should be condemned.

“To avoid bloodshed we had to halt the campaign because of the sophisticated weapon brandished by the thugs. There is no reason for a political party to have armed thugs carrying pump-action and firing the same to the opposition.

“Nobody’s life should be at risk. The people’s will be done. We will continue to preach peace. We will defend ourselves henceforth. We won’t be cowed’, he said.

Jegede said he has spoken to the governor about the incident who expressed shock and claimed ignorance of the attack and promised to call his party members and supporters to order.

He described as a dangerous dimension the attack on his convoy by “the APC under the direct watch of Gov. Rotimi Akeredolu during our stop at the palace of Oloba of Oba Akoko, in Akoko South West LGA.

According to him “By firing the first shot against our people and against the ideals of the peaceful demonstration of our civic right to choose who leads us, Governor Akeredolu has today declared war on our State. I urge our people to protect themselves and their heritage against the bully tactics of this dying government.

Meanwhile, the Peoples Democratic Party campaign council has condemned the attack on the convoy of Eyitayo Jegede.

Addressing newsmen at the party’s secretariat in Abuja, PDP spokesman Kola Ologbondiyan, said Governor Akeredolu and his party “are intimidated by Eyitayo Jegede’s soaring rating as well as the warm reception he has been receiving from leaders and groups across the state.”

He added: “We know that Governor Akeredolu’s uneasiness over our candidate had heightened following the overwhelming crowd of Ondo people who graced our campaign flag-off last Saturday to establish their unbending solidarity for Eyitayo Jegede.

“Of course, our candidate has become the rallying point of the people in their quest to rescue their state from the misrule of Governor Akeredolu.

“We also appreciate well-meaning APC members who had called our candidate and our campaign to condemn the attack and show solidarity to our candidate.

The party however flayed security personnel attached to Governor Akeredolu for allegedly failing to stop the attackers in their tracks.