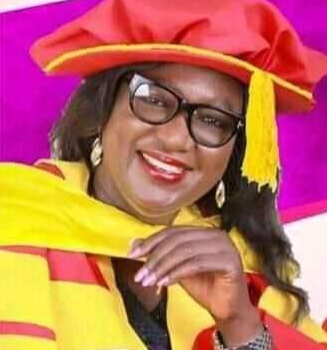 History was made yesterday as the 45-year old University of Calabar, (UniCal) elected the first female candidate, Professor Florence Banku Obi of the Faculty of Education as the institution’s Vice-Chancellor.

In announcing the result of the election which took place on Thursday, 10th September, Senator Nkechi Nwaogu, the Chairman of the Governing Council of the University said Professor Obi defeated twelve other contestants to the position to be elected the eleventh substantive Vice-Chancellor of the university.

“What we assured the university community is that we were going to be transparent, open, fair and just.

“There is a guideline from the Ministry of Education as to how to conduct interview for the appointment of vice-chancellor and there are so many parameters we had to look into and that was exactly what we did.

“What I expect from her is to look at what the outgoing Vice-chancellor has done, governance is a continuum, start from where he has stopped and ensured there is integration even amongst all the people that contested with her”, Senator Nwaogu said.

“The process was free and fair and I commend all those who conducted the screening and election for doing a credible job which ensured the best came top”.

She will formally assume the post 1st December 2020 while the incumbent vice-chancellor, Professor Zana Akpagu will vacate office on the 30th of November.

Sixty-five-year-old Obi had served as the Deputy Vice-Chancellor Administration of the university and was the only female aspirant to the position and would serve as the substantive vice-chancellor of the university for the next five years.