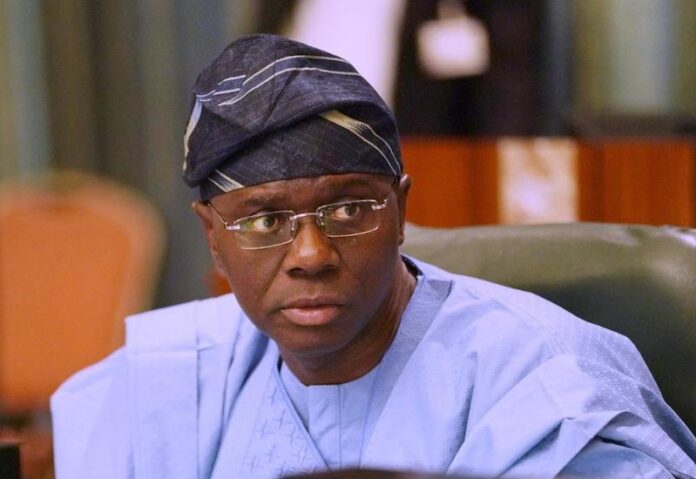 The Lagos State Governor, Babajide Sanwo-Olu, Thursday painted a dreary picture of the economy of Lagos as the state’s revenue is forecast to decline by N240bn due to the onslaught of Covid-19 on the economy of the state.

Speaking through his Commissioner for Economic Planning & Budget, Samuel Egube at the just concluded 10th annual public lecture of the Lagos State Public Service Chapter of the Institute of Chartered Accountants of Nigeria, Sanwo- Olu said although the 2020 budget has contingency plans, it did not account for the unforeseen pandemic.

Sanwo-Olu said further: “If one accounts for something without action, then one’s proper accounting has not been done because the whole idea of accounting is, first, to account for things, but by nature of the way one has done so, it should be clear to one what kind of actions one should take.

“Once we saw it (COVID-19 pandemic), it was clear that there was going to be an economic consolidation. We saw that our potential revenue might go down by about N240bn.

“We saw that, if we moved and slashed that completely across the board, we would have missed the plot because it was going to be important to us to properly account for what was happening at present and what the effect of that would be.”

According to him, due to the imminent fallout from the drop in worldwide economic activities, including falling crude oil prices, naira devaluation, and rise in prices of import-dependent goods and services, the state government had to take measures.

He said, “Public and private investments were going to be threatened because, in an uncertain environment, investments do not move ahead. But the culmination of all of these was that it was going to throw a spanner in the works of our drive to keep up employment.

“We needed to take three steps to respond to that: One, we needed to maintain a strong pandemic response. In other words, we were not going to run away from the fight. Two, we wanted to restart the Lagos State economy. Three, we wanted to reimagine the way Lagos operates, going forward.”