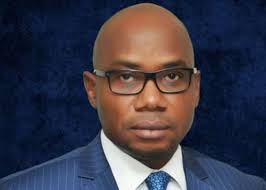 The Board of Polaris Bank Limited and Asset Management Corporation of Nigeria (AMCON), the Bank’s shareholders, have appointed the Executive Director, Technology and Services of the bank, Innocent Ike as the acting Managing Director/CEO effective September 1, 2020.

The Company Secretary, Babatunde Osibodu, who announced this in a statement on Saturday in Lagos, said the appointment was in line with the bank’s culture of good corporate governance and succession planning.

Osibodu said that the board had announced the retirement of the Managing Director/CEO of the bank, Mr Tokunbo Abiru, starting from August 31, 2020.

The statement reads: “The incoming Acting Managing Director/CEO was until now the Executive Director, Technology and Services while also overseeing the South-South/South East Directorate of the Bank.

“Accordingly, not only has he been a pivotal part of the Bank since July 2016, but a major driver of the Corporate Transformation journey.