Ondo L/G Election: count us out of your sham election – PDP 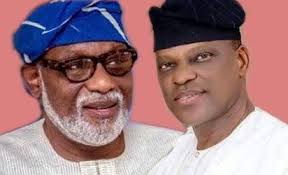 The main opposition political party in Ondo State, the Peoples Democratic Party (PDP) has informed the ruling All Progressive Party (APC) to forget about its participation in the local government election scheduled for August 22, 2020.

The newly elected chairman of the party in the state, Fatai Adams said this in a statement over the weekend, saying the planned election is a preemptive strategy for the APC to rig the October 10, governorship election in favour of governor Rotimi Akeredolu.

Adams said: “Participating in such an election will be a futile exercise. We do not believe in the credibility of Ondo State independent electoral commission to conduct a transparent election. The process will just be an appointment, not election where all the ruling APC candidates in the state will be declared winners for all the positions.

“The ruling party will now use the results to justify the outcome of October 10 election in the state if APC eventually succeeds in its rigging plan by saying that aftercall, the PDP didn’t win any position in the local government election”, he said.

In the meantime, the Ondo State Resident Electoral Commissioner, Rufus Akeju weekend said a total of 1,478,486 are cleared to vote in the forthcoming governorship election in the state.