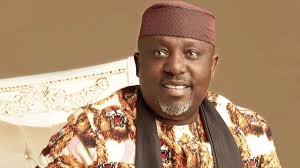 Owelle Rochas Okorocha, the former governor of Imo State today dismissed rumours that he was in discussions with ex-governor Emeka Ihedioha to remove the incumbent governor, Hope Uzodinma.

Speaking through his media aide today, Okorocha, said he wasn’t in any way connected with the Supreme Court suit instituted by Kingdom Okere, the 2019 governorship candidate of the Reformed and Advancement Party.

The media aide said his boss was not directly or indirectly involved in any scheme to oust Governor Uzodinma for any other reason. He called on those spreading this mischievous story to stop trivializing the APC or the State.

“Senator Rochas Okorocha cannot destroy what he had laboured to build at the risk of his political career. He planted the seed of APC in Imo, nurtured it to maturity and it has continued to bear fruits. Those who have benefitted from this vision only need to appreciate and acknowledge who God used to make it possible.

Recall that Ihedioha was on January 14 sacked from office as the governor of the state by a Supreme Court ruling.